The horses who arrive with us often have very different training needs and are in different conditions. Mostly they fall into three categories.

Rescue- These ponies are often in poor condition and are very difficult to handle. This may not be from deliberate neglect but is often just from lack of time or knowledge from their previous owner.
Re-school- These are often well looked after ponies who have been loved very much but their problems with schooling have made finding a home difficult.
Recycle-These ponies may not need any extra care or re-schooling other than bringing back into fitness and settling into a new routine.

Our main aim is to educate the ponies so that they have a good all round education and are safe for children to ride. This includes training in the basics of dressage, show jumping and cross country for the larger ponies as well as lead rein and driving for the small ponies.  The ponies previous education and temperament make it clear how much work needs to be done. 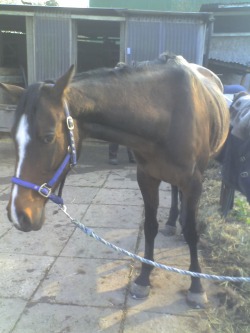 Mona was very thin when she arrived and she had mud fever on all four legs up to her knees and hocks. 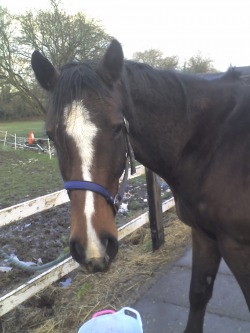 Another view of her neck to show how thin it was. 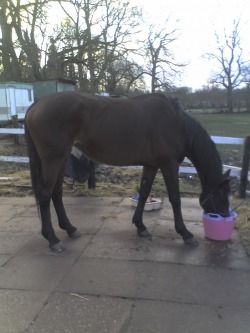 Her whole body was very thin as you can see by this photo on the day we got her. 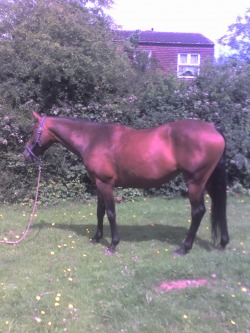 Here you can see how much condition she has put on. At this point she is ridable at walk and trot and is starting to accepting contact from the bit. 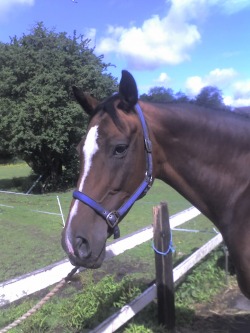 This photo shows how after just a couple of months she has improved no end.

Tara joined us early in 2008. Unfortunately she was not suitable for her previous owners as she is not suitable as a first pony which is what they needed. Tara is currently being reschooled and in particular is doing a lot of flat work and lunging as we are attempting to reshape her neck. This is because when she is being ridden she often tries to raise her head very high and then she becomes unstoppable. Often when she is being ridden in the field she still needs a little help from side reins as she can still be a little awquard. Hopefully after this winter she will be able to be ridden normally and start to compete. (Unfortunately in this photo Tara is a little overbent.) 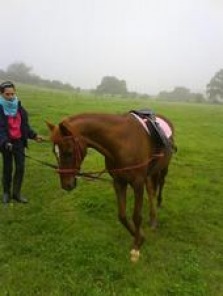 Here you can see a top line of muscle starting to develop in Tara's neck. She is lunged on average every other day and is always lunged before she is ridden. 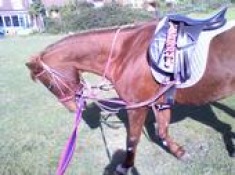 Here Tara is a little behind the vertical and is avoiding the contact a little but is still keeping her head low and is stretching and muscling her back correctly. 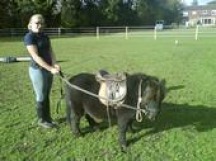 The shetland ponies being brought on with a view to being broken to drive. Part of this education includes being long reined which is good preparation for the experience of being driven. 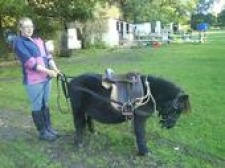 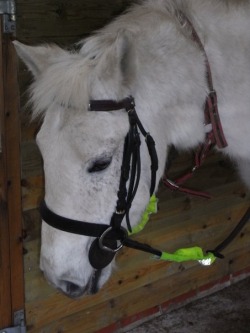 Coco is an good example of pony whose skills were simply recycled. He had previously been used for pony club activities and more recently as a general purpose riding pony. He simply needed to be brought back into fitness. 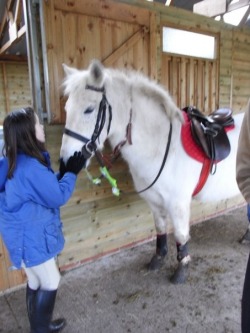 Coco is much fitter and ready to go out on a hack. 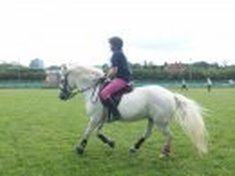 On the cross country course at Swallowfields Equestrian Centre