Tuppence was initially rescued from the RSPCA after a large cruelty case where several ponies were left to starve. We heard about her and Tilly when we bought Bella and Tiffany from a riding school. They had already rescued some of the ponies from this cruelty case but had no more space for any more. Unfortunately as it is so difficult to rehome ponies when they are wild both Tilly and Tuppence were due to be put down. having stayed at a foster home to fatten up we picked her up from the riding school in 2009. Tilly was more confident than Tuppence when she arrived and so Tuppence was the most wild and difficult to handle, catch, box and pick out her feet. 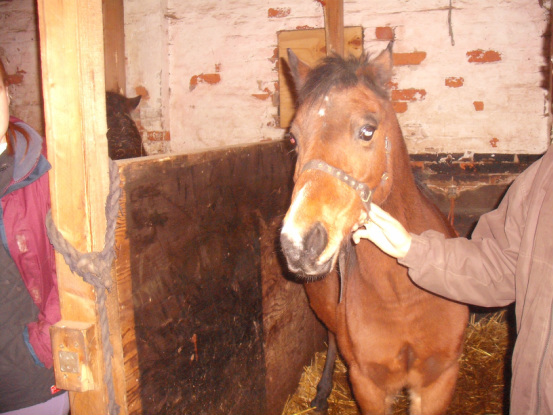 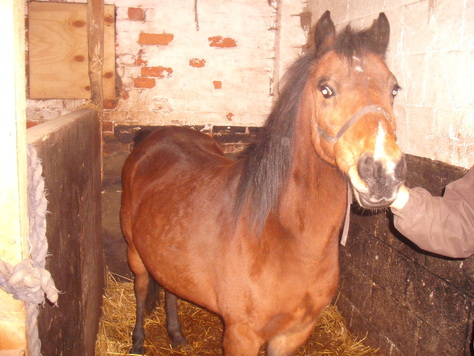 Tuppence was very wary of us when we went to see her, as you can see by her anxious expression. 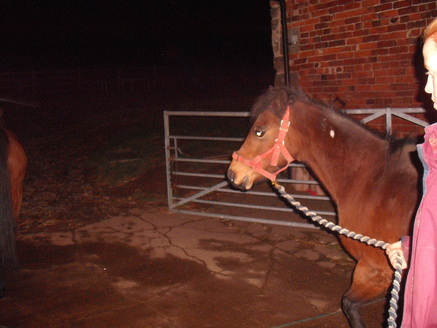 Tuppence has been on loan as a companion for the last two years so she has been handled much more. She arrived back at the home field at a much more confident pony.

As she arrived in a much more confident state we have made the decision to try to break her in. Although nervous of having the tack put on and the rider getting on and off Tuppence is doing well both riding in the arena on her own and in a small group lesson. She lunges well and despite being very scared of rein contact initially she is starting to accept a contact. She is even more confident at going in the horse trailer. 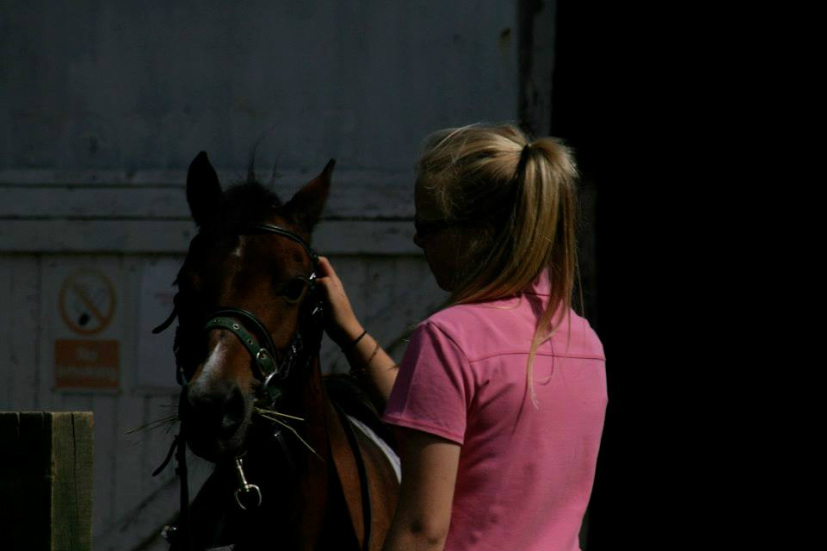 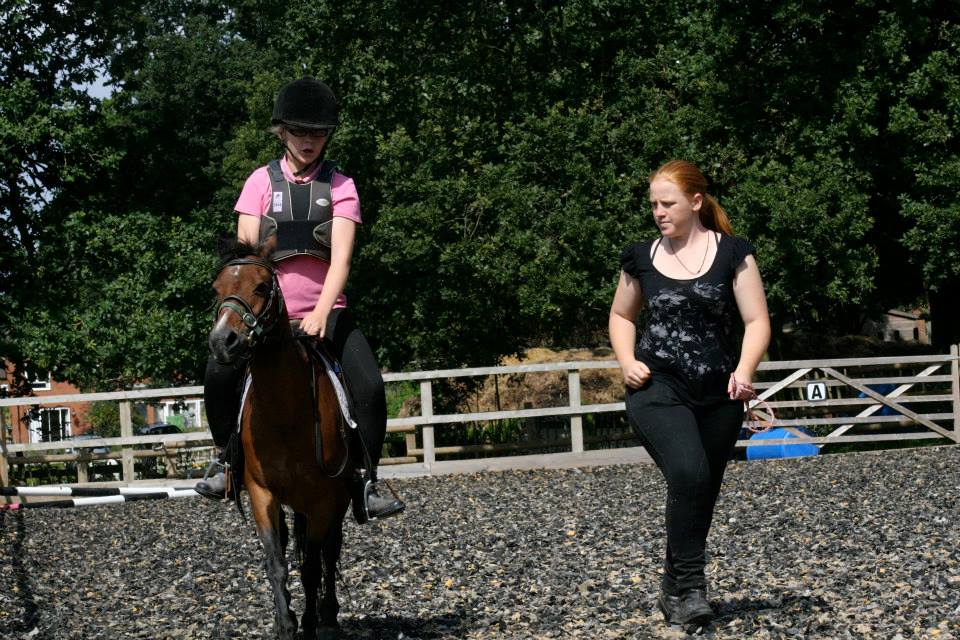 Due to Tuppence's nervous nature she currently only has one rider who is a light older teenager, this is because it could be extremely dangerous to put smaller children on her as she can be unpredictable. She works gently in walk and trot for a short amount of time per week and is comfortable carrying the riders weight.


2016
Tuppence has mechanical unsoundness in her hips which means she cannot be used for ridden work any more. Her pelvis is uneven which does not cause her pain but means her stride is a little uneven. The vet has seen her and does not think she needs medication. She is currently being used as a companion which she is great at because of her quiet nature.